Conservative lead Devon County Council recently ordered the closure of four picnic areas and their public toilets along A361 /A39 as part of their cost cutting.   Two of the lay-bys  situated within Fremington Parish near Roundswell Roundabout  are posing a sever potential health hazard.

Jan’s Diner which was situated at the Rooksbridge picnic area was forced to move last month  and the toilets have been boarded up, as have the other toilets further down the A39 towards Bideford. The public are now using the surrounding woods to defecate and urinate  and rubbish is piling up , which will cause further problems with vermin.

The two lay-bys have been an essential part of lorry drivers rest stops and “pit stops” for holiday makers and the general public for many years .  There is nowhere else on the A39 that has these facilities as they too have been closed over the years.

The budgets cuts from central government have  forced DCC into this short sighted decision but  will cost them  and the North Devon District Council dearly in the end as they will have to foot the bill  to clean up these sites,  as they become transformed into rubbish tips.

It sends a dreadful message to vistors to our region and judging by the comments  in the local press disappointment and anger from local residents.   It has been suggested that a new line be added  to the signs next to the lay-bys that contributing to the incompetence  have not been removed and continue to direct people to the now boarded up facilities – ” Tiredness Kills – Take a Break But Not Here , the rest areas have been closed by Devon County Council to save money. ”

Fremington Parish Council wrote to DCC asking for clarification with regards to the future of the lay-bys  situated in our Parish.  The reply from John Hart , the Conservative Group Leader and Leader of DCC  was read out and discussed at  the Council meeting on 10 August.

DCC intends to offer at  some point the sites to the market,   which could include a change in their use subject to planning requirements. That is not something that is going happen over night.  In the meantime  the lay-bys will be left to turn into severe health hazards over the summer.  I  asked the Parish Clerk to ask DCC for further  indication as to how long this process will last,  but it appears certain that  yet again we will be left dealing with a situation caused by the DCC’s inability to stand up to central Government –  as both being Conservative controlled they believe in the same mantra of cutting budgets and services – which leads to this sort of short-sighted penny pinching that impacts badly on our local environment and community.   We cannot ignore just this problem and hope it goes away. 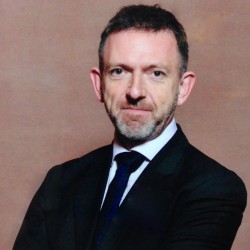